Junoon, by Michelin starred chef Vikas Khanna is one of my favorite restaurants in NYC.

Indians consider it a bit clichéd to claim liking Indian food, it’s seen as a sign that 1 conforms to his/her comfort zone. Fuck that! With that out of the way…

I’ve been to Junoon 4 times so far and the worst experience was a confusing tasting menu. This one. My first visit was a food writers’ meet personally overseen by the chef. It was personal and fun, back in 2013. This time, I once again walked away delighted and emotional that I’m looking forward to my next visit.

The tasting menu was confusing to say the least. 5 course or 6 course, $80 minimum but additional $15 supplement. It made no sense and I just left it on my hosts to do their thing.

We started with something that wasn’t on the menu and made me and my friend burst out laughing when the servers walked away. It was a dot. On a plate. Of pea paste. You probably use more paste to brush than what I was served. It wasn’t enough for me to get a taste. 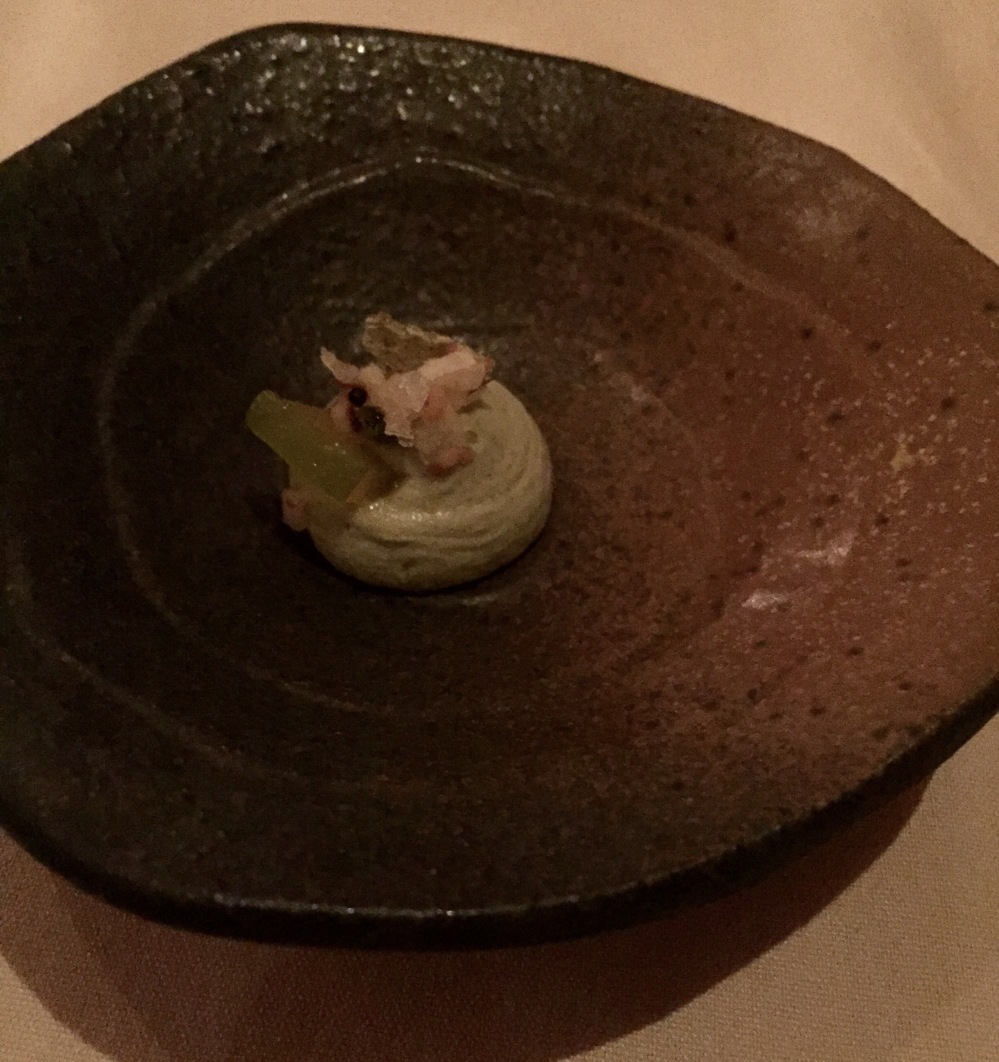 Next was a from the menu item, white asparagus shorba. Unfortunately I have no pics because I was once again left laughing. Our server couldn’t tell what he served and I prompted him. I don’t blame him, in a dimly lit restaurant it can get tough to see the ingredients in a plate when there isn’t much.

We were next served a beautiful plateof  food that had flowers on it and pickles in it. Intriguing to say the least. 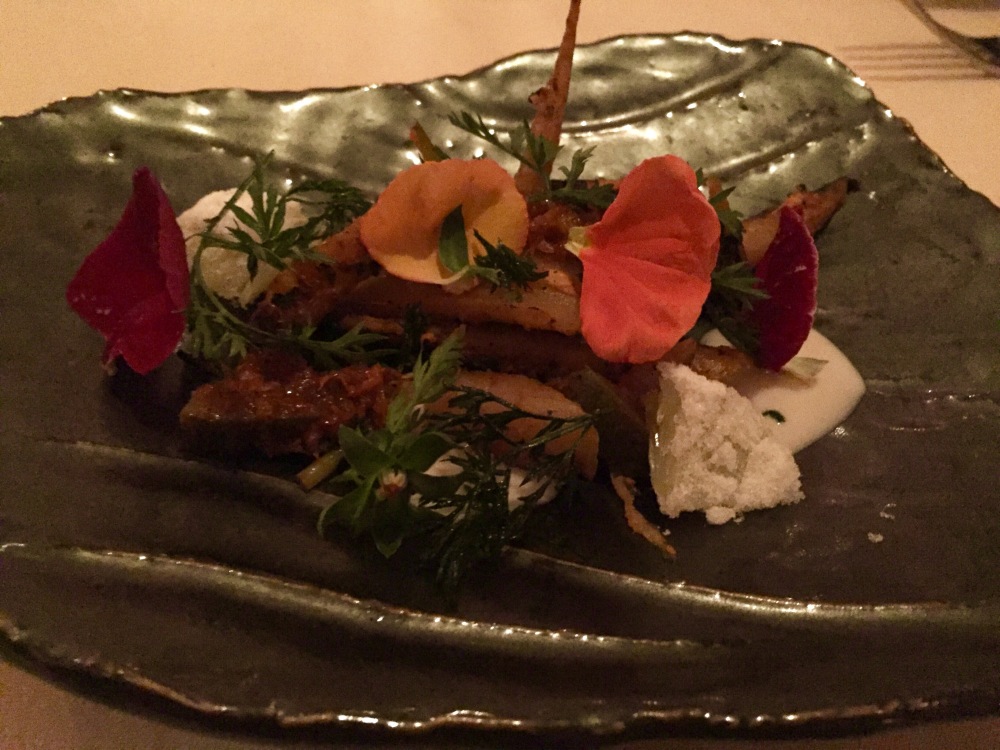 Now we were talking! Taste-ting-men-you!

By now me and my friend started thinking that the menu gradually builds in quantity and flavors. I mean there has to be some science behind this. Curious for the next item I got: 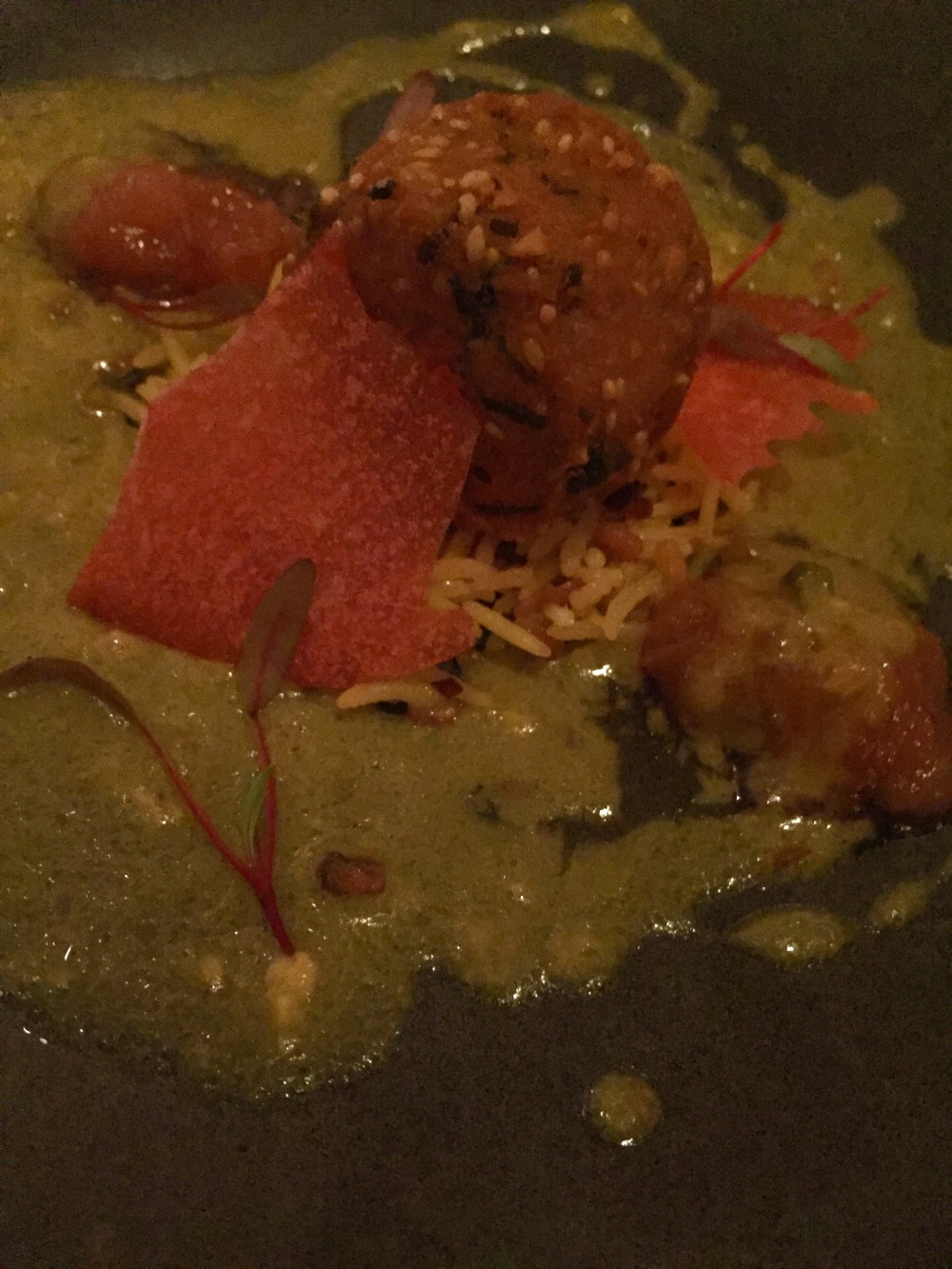 The only way to describe this was, am explosion of flavors in mouth. Sour, tangy, spicy, this was the best so far.

4 items down and it all felt like I was still on my appetizers. As our conversations continued and the stomach growled, we got our 5th item, 4th on the menu (see my confusion).

Based on the menu my expectation was Banana Kofta. Interesting name, intriguing cuisine. But what I got was the next item on the menu. At this point, not only was I hungry, I was confused; the combination rarely ever doesn’t result in some frustration. Nevertheless, my next plate looked appetizing.

Paneer bhurjee, fried cashew sauce, black truffle and a side of paneer kulcha (not in the pic) 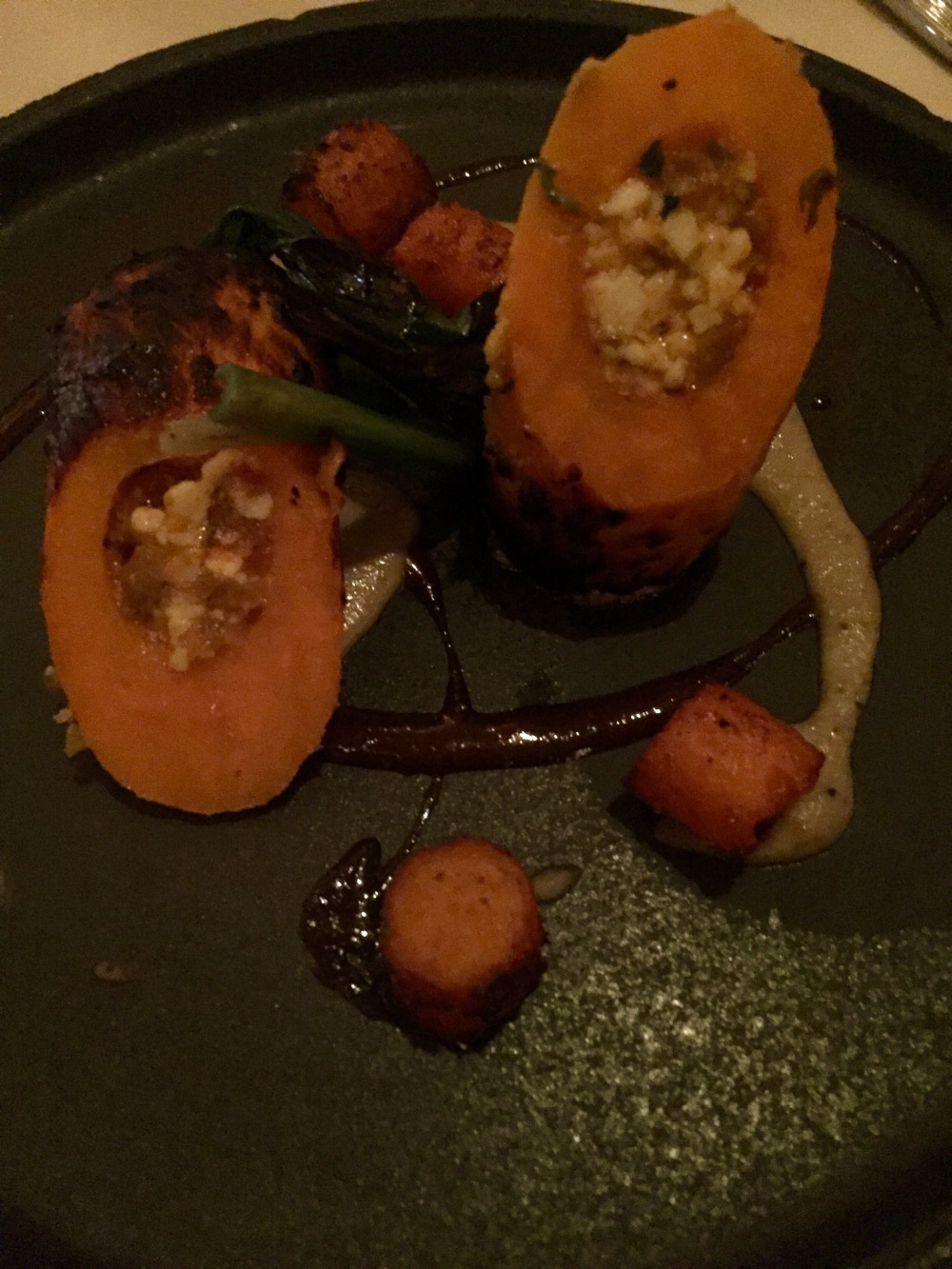 There really isn’t much to say besides that this tasted really good. Also, still hungry with our main courses done, I asked the server to get me a side of their kaali daal for me to eat with paneer kulcha. With every spoon of the daal and a bite of the kulcha, I felt happier. Content. This is the Junoon I like.

The confusion continued into dessert. Expecting a pineapple based dessert as listed on the menu, we got a yogurt sorbet on top of some fruit. This was disappointing but I didn’t care, I was still relishing the daal. 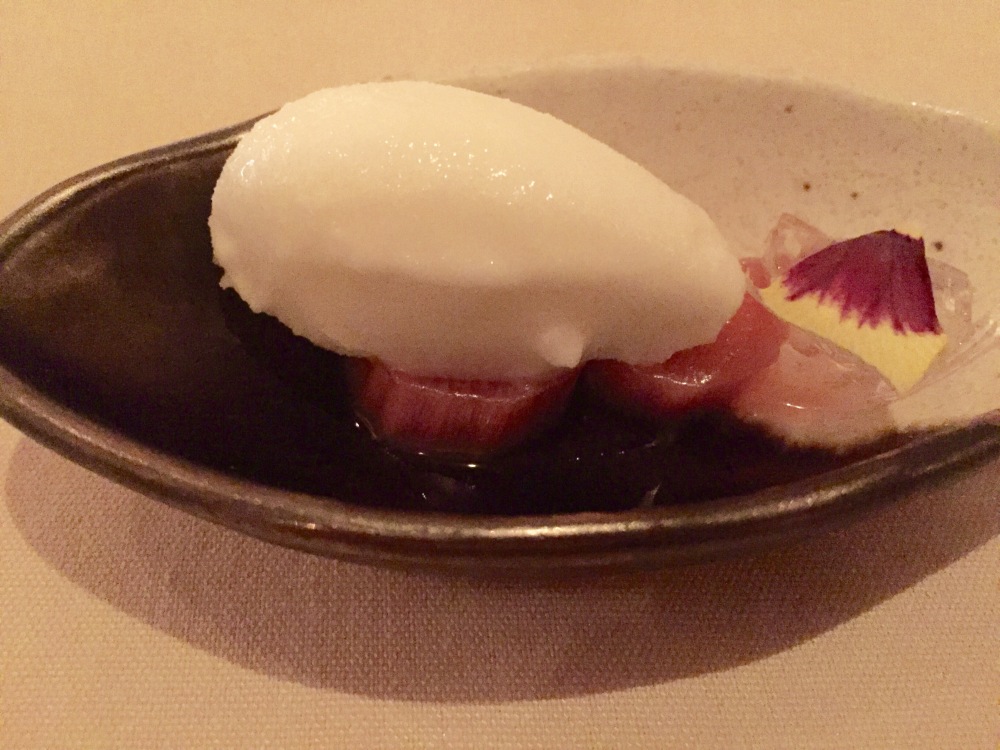 Really small in portion, wasn’t more than 2 spoons. I was ready to question my server as to what did I just eat and where’s my actual dessert. Before I could get my server’s attention, we got another plate. This was our actual dessert. And it was glorious.

They say food can be an emotional experience. This dessert was made me realize that. The flavors of the jaggery cake with mint and shorghum (corn-like cereal) in the first bite humbled me, made me stop, stare at my plate, breathe in the moment of the opportunity to sense the flavors of the 7th plate of food served to me by 3 servers, in a restaurant made on mughal principles, overseen by a chef who prepares food for world leaders. And in that moment I realized that what I sensed wasn’t just a dessert but a profound feeling of humility and gratefulness to friends and family.